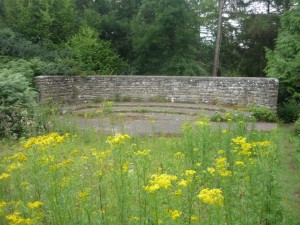 4 thoughts on “The Scarr Bandstand at Milkwall”