See the posters below for all the information about this opportunity.

The science of the Severn Bore? In the latter half of the 19th and early 20th centuries, how and where the bore arose was a subject exercising the minds of some of the country’s best known scientists. Their thoughts, reasonings and differences, which centred largely on the Severn near Newnham, will be the subject of a talk by John Powell on Thursday 10 October at Armoury Hall, 7.30 pm. John’s findings will also appear in an article in the latest Forest of Dean Local History Society’s journal the New Regard, and copies of the journal will be on sale at the meeting (no member discounts available that evening).

John’s talks are always popular, so wise to get your (free) ticket from Newnham Post Office in advance or risk being turned away!

Something of a literary historical nature, with Doug McLean formerly of the Forest Bookshop talking about his life in publishing with particular reference to FW Harvey. Free event, details in the poster below. 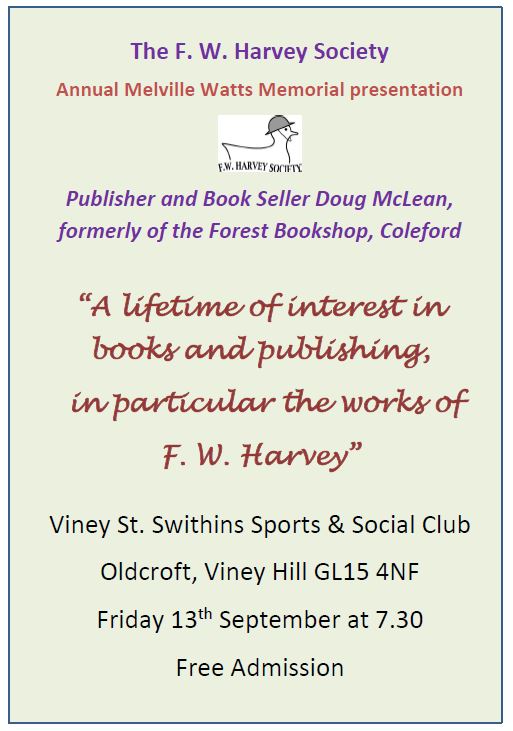 Coleford Area Partnership have reminded us that the next Heritage Open Day programme runs from the 13th to the 22nd September in the Forest of Dean.

This is the 25th year of Heritage Open Days and this year there will be 49 events.

The full programme can be found on the national Heritage Open
Days website under Forest of Dean District:

Especially note the talk at 2.00pm on Friday 20th September at the Main Place, Coleford on “Protest and free-mining in the 17thCentury” which is being delivered by Simon Sandall of Winchester University.

Also you can view fantastic video footage recorded by John Belcher of the late Robin Morgan at work underground at Hopewell Colliery. This will take place on Tuesday 17th September at 11.00am – also at The
Main Place.

Never Better, historical performance Gloucester  – part of Gloucester History Festival
From email forwarded by GLHA:
Never Better is a hauntingly beautiful, immersive 'walkabout' performance, inside Blackfriars Priory. As you move through the building, transformed into the 'lunatic asylums' of 150 years ago, you'll be taken on a journey inspired by the history of Gloucestershire’s mental health. The performance tells real life stories, combining theatre, dance, live music, a choir, medicinal beer, and even a flock of chickens.
The show takes place on the 7th and 8th September 2019 at Blackfriars Priory, GL1 2HN.
There are three performances each day; 1pm, 4pm and 7.30pm.
Performances are free, but you must reserve tickets.
For further information and to book your tickets please use the following link – https://neverbetter.site/
English Bicknor Local History Group
'John Kyrle, Man of Ross' with John Hurley
Thurs 12 Sept, 7.30 pm English Bicknor Village Hall
Entry £2.50, free EBLHG members – join on the door
Tel Clare Scales for queries 01594 836191

Visit our website at forestofdeanhistory.org.uk
An invite from our friends in Newnham as per below – it should be lots of fun – John is both entertaining as well as extremely knowledgeable.
Regards 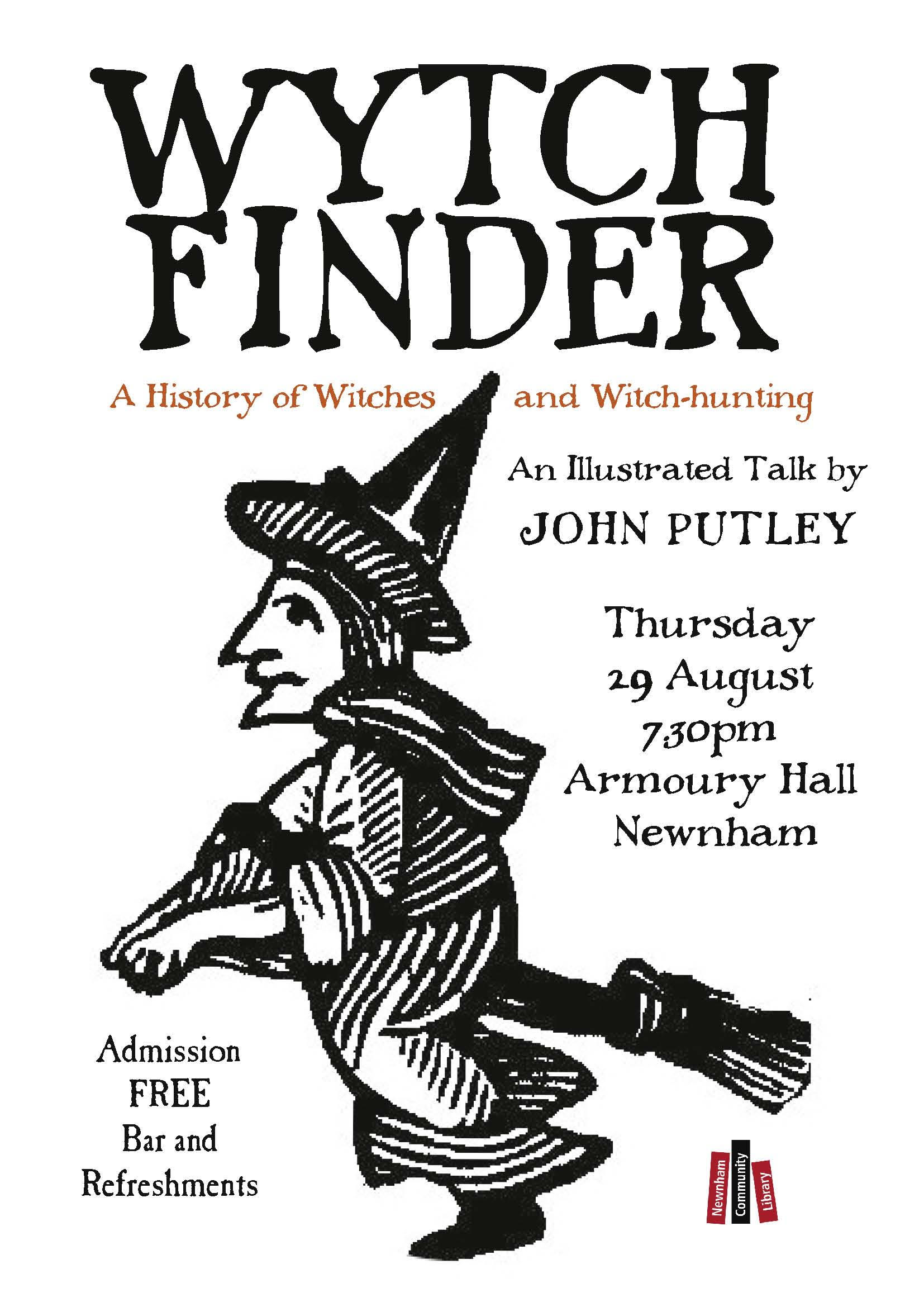 Visit our website at forestofdeanhistory.org.uk
Robin Jackson will be delivering a talk about the community dig at Ruardean Castle in Ruardean Village Hall on Thurs 29th Aug at 6pm .
The next community dig at the Ruardean Hill site will start in Sept and the Open Day for that is on Sun 22nd Sept, when there will be guided tours. Visit Foresters Forest for updates.

This link will take you to a recently completed series of photographs by Nick Hodgson, done as an adjunct to his project on freemining in the Forest of Dean where he has been helped by member Ron Beard.

As per the earlier post, Harry Beddington’s one act farce was performed at Jolter’s Press yesterday as the finale to the Mitcheldean Poetry Festival. As it did in Cinderford in 1948, it made the packed audience laugh out loud. If you missed it, it will be repeated in Bream later in the year by the Oh Crumbs team – come back to this post nearer the time.

Yesterday was a perfect day for a walk in the woods around Bream and some 20 of our members (and three dogs) made the most of this, guided by the extremely knowledgeable Geoff Davis. We didn’t do the whole walk (some 6 miles) but rambled for about 2 miles looking at old mine workings and some very large and interesting holes in the ground.

One thing Geoff mentioned was that he’s pretty sure the white cottage you can see in the picture below is the one referred to by John Bellows in his original 1880 A Week’s Holiday in the Forest of Dean. For those of you who haven’t read this charming and often amusing book, you can buy the replica edition with an Introduction by Vice President Ian Standing on Amazon.