At the recent Local History Day held in London and organised by the British Association for Local History, two leading members of the Forest of Dean Local History Society received awards.

Ron Beard, former Chair of the History Society, received the prestigious ‘BALH Award for Personal Achievement’ for his work over many years in helping the History  Society into the electronic age by producing the Miners Memorial CD, Photos for  New Century CD, and the Laura Morse (WW1) CD.
Ron was and still is actively engaged in Forest mining history research.

Cherry Lewis received the ‘The David Hay Memorial Article Award 2017’, which is the top award for research and publication. Her article was judged the best of all the articles reviewed from over 100 journals received by the BALH. The winning work was ‘David Mushet and his contribution to the “map that changed the world”’, which was published in volume 30 of the History Society journal “The New Regard”. Cherry has continued her research by recentlypublishing “The Enlightened Mr Parkinson” an important and well received book discussing the life and works of James Parkinson, after whom Parkinson’s disease is named.

The photographs show Ron Beard and Cherry Lewis being presented with their awards by Professor Caroline Barron, president of the British Association for Local History. 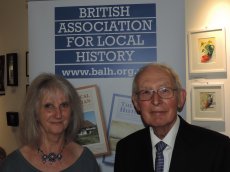 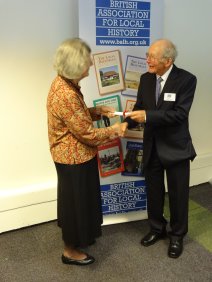 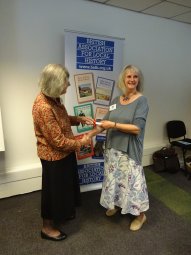