On 26 April 1889, an infamous incident took place near Ruardean which has evolved into the question: Who killed the bears? A question which can arouse heated debate between Cinderford and Ruardean residents to this day.

130 years on, Reading the Forest (a project within the Foresters’ Forest programme) is hosting an event at Ruardean Memorial Hall, High Street Ruardean GL17 9US on Saturday 27 April to look at how the story has been represented in literature, drama and film over the years. Free admission. Afternoon teas available.

GFHS will be holding an Open Day on Sunday 28th April (10.00 – 15.00) to celebrate these milestones. The attached flier gives an overview of the events for the day. All are welcome. Entry is free. 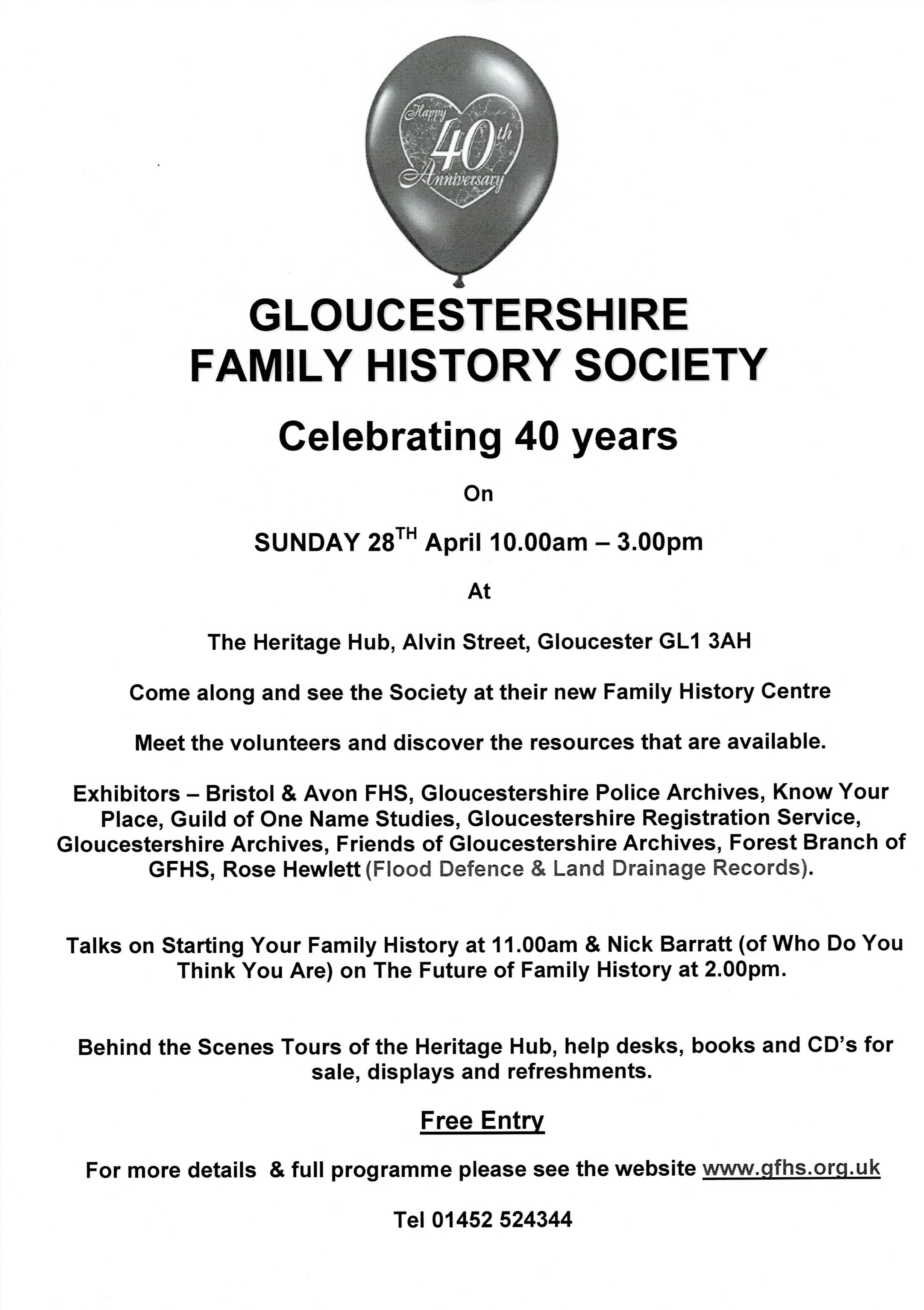 Visit our website at forestofdeanhistory.org.uk
Among the ashes…The Coleford launch party for Andrew Taylor's new historical crime novel, The King’s Evil, will be held on Thursday 4 April at 6.30 p.m. onwards. Marwood and Lovett return to the ruins of Restoration London. The city's future hangs in the outcome of a royal scandal.Come and raise a glass to the new book at the Main Place, Old Station Way, Coleford GL16 8RH, in the room over the library. There is ample parking in front of and behind the building. Click here for a location map.Rossiter’s Bookshop of Ross and Monmouth will be there with copies of the novel. Should you wish to pre-order one, click here for Rossiter's contact details. Andrew is of course always happy to sign a book for you!All welcomeNote that Andrew shall also be talking about The King's Evil in a separate event at Rossiter's in Ross-on-Wye on Thursday 11 April – details here.

The attached poster gives details of this year's Gloucestershire Local History Society's Local History Day to be held on Sat 11 May,

Reading the Forest were delighted to launch the Exhibition, ‘A Fortunate Man – the Photographs of Jean Mohr’ at the Hardwick Gallery in Cheltenham (Monday 11th to Thursday 28th March). The photographs that illustrate the John Berger and Jean Mohr classic study in words and photographs of a 1960s St Briavels GP have been loaned by the University of the Musee L’elysee in Lausanne, who keep the collection of unique images, some of which appear in the book. Jean Mohr died in November 2018 and is well known for his humanist photography. The loan and a project involving staff and students from the Schools of Art and Design at the University photographing the working lives of people in the Forest of Dean today, has been funded by the Janet Trotter Trust. With the support of St Briavels Parish Council, the exhibition will transfer to the village Assembly Room on 30th and 31st March 2019, making this collection accessible to the public and people who feature in the pictures and made the unique Jean Mohr and John Berger collaboration possible. Members of the Local History Society are warmly welcomed to visit this exhibition which will include the recent work of undergraduate students in the Forest of Dean. 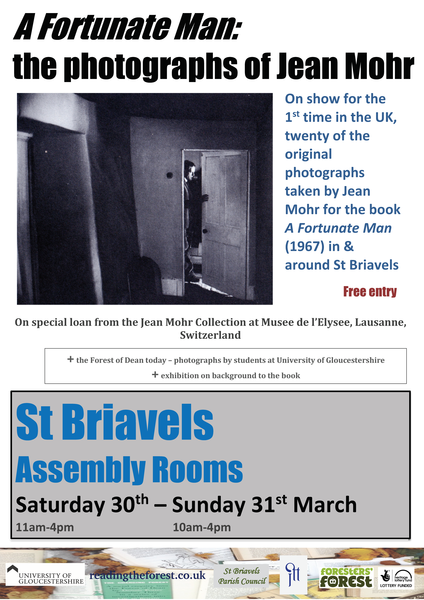 With John Putley – in full costume